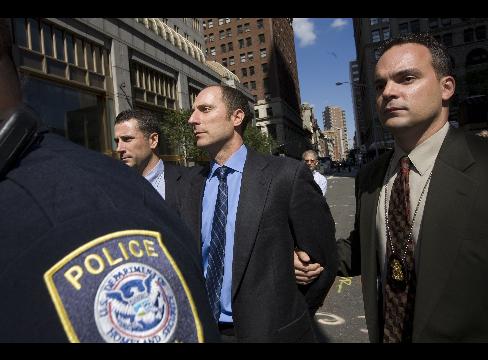 The FBI arrested four people today and charged them with securities fraud and conspiracy as part of an expanding investigation into a “criminal club” of insider trading.  The Wall Street Journal reports that since late 2009, the government has secured 56 guilty pleas or convictions out of 63 people charged with insider trading.

In related news, the Financial Industry Regulatory Authority (FINRA) fined a Citigroup Inc. unit $725,000 today for  disclosure lapses and violations of rules designed to protect investors from Wall Street conflicts of interest.  FINRA as the largest independent regulator of securities firms assessed the fine as part of its mission to ensure the securities industry operate fairly and honestly.  Even so, the problems were “largely the result of programming and technical errors and deficiencies” and there was not any indication that the investor research reports of Citigroup were biased or affected by the issues.

In other news, tens of millions of people in business quietly made honest profits by serving customers with desirable goods and services at competitive prices.

Perhaps you didn’t see the last story involving the overwhelming majority of law-abiding capitalists because it was not widely reported.  Nevertheless, all three of these news stories are good news. It is good when the FBI catches the bad people and stops them from doing bad things. It is good when independent industry regulators ensure precise compliance with good practices. And it is fundamentally good and pleasing to God when people earn an honest profit by subduing the creation for the benefit of others.

Don’t believe the critics, gentle reader, who would throw the baby of capitalism out with the bathwater and accuse all members of free markets of unbridled greed. Self-interest drives free markets, greed harms relationships but still drives markets, and crimes and violations are punished, and that’s a good thing.

« Are You Destroying the Economy of the United States?
The Reality of the Volt »