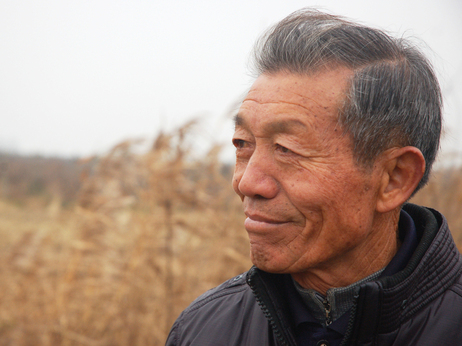 Why should you invest eight minutes of your life to hear an eye-witness account of the economy-deadening effects of communism  or its devastating impact on the human spirit?  Because fewer and fewer people in the United States have first-hand experience with communism.  For instance, students graduating from college this year were not even born during the cold war.  Some people are secretly tempted to admire communist countries.

After all, China’s economy has been growing at about 9% per year for the last three decades.  The Planet Money podcast exposes the truth behind these figures with an interview with the farmer who started a capitalistic movement on the failing collective farms of China.

Eighteen farmers agreed to divide the collective land into family plots with the understanding that each farmer would have the right to keep the fruit of his individual plot.  If they had been caught in this anti-communist agreement they would have been killed.  Without this agreement to adjust the incentives to work, they likely would have starved to death.  Courageously, they all signed the document and it was concealed in a bamboo tube in the roof of a hut.

What could not be concealed was the tremendous abundance of the next harvest.  The exact same farmers on the exact same plot of land produced more grain than the previous five years of combined.  Such is the impact of unleashing the incentive to work in a free market.

Independent of any other moral failings associated with totalitarian communist governments, the lesson of history clearly shows that free markets release individuals to carry out the Creation Mandate.  Gentle reader, listen to this podcast or read the transcript.  Then, review it again with a friend so you both can be grateful for the freedoms of market economies.

« The Reality of the Volt
End of an Era for Japan »