The travails of the Eurozone have been widely reported in the as the leaders in Brussels continue to propose new solutions to preserve the Euro.  Market interest rates on the sovereign debt of Greece, Portugal, Spain, and Italy continue to increase, reflecting the mounting concerns of investors about a default on government bonds.

A key measurement that informs investor decisions is the ratio of the government deficit to GDP.  This is how much a government spends beyond what it receives in taxes divided by the total of all goods and service produced in that country in a year. It is like comparing your credit card spending to your annual income from a job each year.  If the ratio is too high, there likely will be a problem. 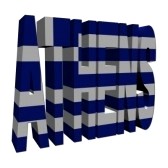 Both investors and political leaders have one thing in common: they both depend on the unionized economic employees at the Greek statistics office at 46 Peireos Street in Athens.  These are the people who develop the numbers that measure the economy of Greece.

The 2009 government deficit as a percentage of GDP for Greece was initially reported to be 6%.  Later, a newly elected government revealed it was actually 12%.  The European Union sent a representative from Brussels to officially compute the number and reported it it was nearly triple the original estimate at 15.8%.  Employees at 46 Peireos vehemently disagreed…

Stay tuned as the statistical measures from two years ago continue to be debated, gentle reader, and let me encourage you to listen to a Planet Money podcast that brings helpful personal details to this dismal economic struggle.

What can we conclude?  That measuring the economic health of an entire nation is a monumental task and we can be grateful for the people willing to undertake the effort to deliver reliable information.  Also, that the nature of the task can be dauntingly imprecise.  Some suggest that the proof that economists have a sense of humor is because they use decimal points.  Finally, we can be amazed at the omniscience of God.  He determines the number of stars and gives to all of them their names (Psalm 147:4), and He is aware of every transaction, profit, and asset in every economy around the world for all time.